Staying Small And Agile While Working With Large Enterprise Ecosystems

We spoke with omnichannel retail consultancy Formula 3 Group about how they successfully manage to keep their company efficient and competitive without building a large team. With clients including Nike, Ring and True Religion, they’re working with large enterprise datasets, but in a way that allows them to be agile and responsive.

Watch the whole interview here, or read an edited transcript below. 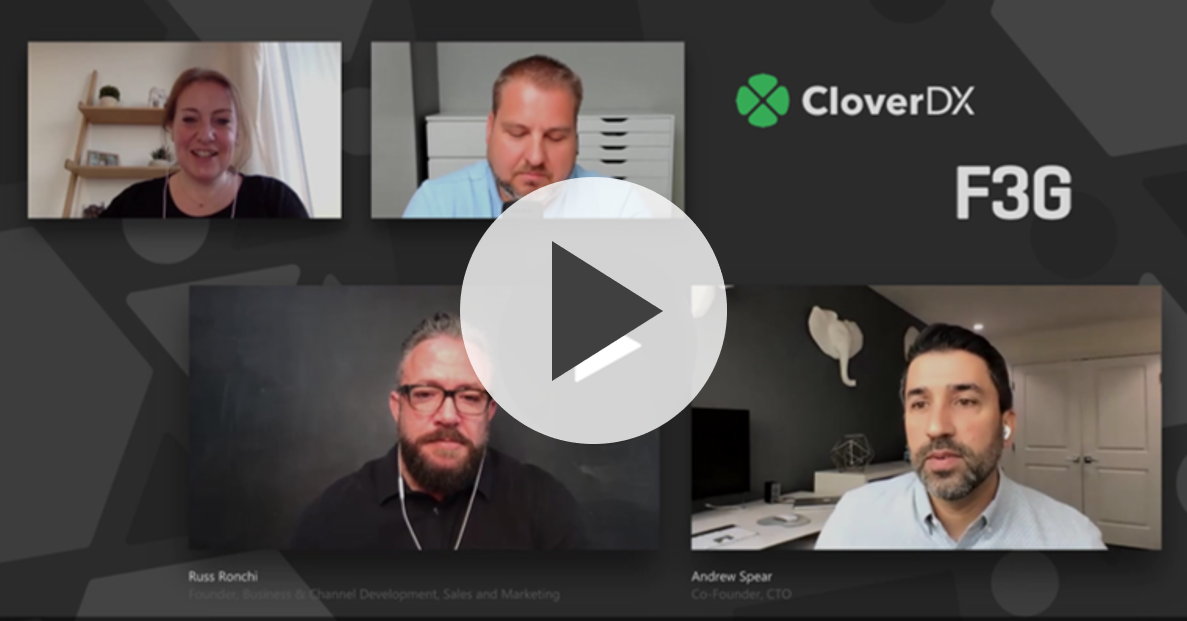 CloverDX: How about to start you give us a little bit of an introduction?

Formula 3: We’re Formula 3 Group and we have a SaaS based software that’s called the Milo retail platform, and at the real core of this is the CloverDX system. We started with doing custom implementations for customers in the action sports and retail industries, and realized quickly that we were getting a lot of the same questions from customers with the same problems.

And then I think it was the natural course of action, it was a little bit more efficient to build our own software rather than create custom solutions time and time again.

What is the core of the problem that you're solving for your clients?

I’d say the core thing our software does is it kind of fills in the cracks between existing systems - disparate systems that don't talk to each other.

We started to realize that when we were solving for these problems that there was an amazing amount of data that we had to crunch and I would always constantly go back and say ‘why is it taking so long?’ So we started to have to kind of grow up - as we got larger clients, we needed something that was just more robust.

So what sort of data are we talking about?

Every client that we deal with comes to the table with typically more than one different type of data. And then you sprinkle on top of that integrations that that we have to deal with, whether that be custom integrations, custom web services, custom endpoints, as well as kind of the standard stuff like integrating with Shopify or ESP.

Typically for each of our clients, there's multiple different datasets that we have to deal with.

One of the things you said was that quite often the problem lies in connecting legacy systems with modern e-commerce systems. What’s the process of providing that service?

When I go in and I speak to a prospective customer, I don't ever worry about data. I did before. The question was always ‘Where's your data? What does it look like? What format is it? How much are we talking?’

So what we were doing before was we were kind of going in with handcuffs. And what CloverDX really allowed us to do is go in and say ‘It doesn't matter how you're giving us this stuff, we're just going to stitch it all together.’

"What CloverDX really allowed us to do is go in and say 'It doesn't matter how you're giving us this stuff, we're just going to stitch it all together'"

We're talking about half a billion orders a year, some of our clients, so I mean it's a lot of data considering what we're trying to do as a smaller company, being able to support companies that are doing those sorts of volumes. Which I mean honestly, say, five years ago we would have probably been a little bit nervous to take on.

It's so important that we are able to handle those loads and handle those volumes, and be confident about it. Whereas before when we were kind of doing our own homegrown solutions, quite honestly it was nerve wracking.

A lot of times somebody all of a sudden says  ‘Hey we’re bringing on our new store and we're doing 5000 new orders a day.’ I mean that could have been a real problem and today honestly it's not even something that moves the needle for us. I mean, it's not a big deal anymore, so that's huge for us.

What is it that has allowed you to grow to such an extent so that you don't have to worry about those enterprise customers or those high volumes of data?

Some of these companies have grown organically with us. One company were dealing with Google spreadsheets. That's how they were running their business. Google spreadsheets, not even caring the entire business was run off of Google Docs.

And over the years they have literally grown with us to the point now where they’re doing tens of thousands of orders per day. They've done a wonderful job of growing their business.

But here's the key thing. Our software, that sits on the foundation of CloverDX, has not missed a beat and has grown with them to the point where they are actually switching out other pieces of software in their stack because they’ve not been able to keep up with their growth.

We however are an integral part of their system. So that is such a key point to this - not having to worry about your foundation and saying ‘Let's just do whatever we want because we have this really amazing, stable foundation’, it’s a very powerful thing when you're talking about trying to grow this.

You referred to speed quite a bit - why is speed so important nowadays?

I think for most of our clients their environments are constantly changing and they're constantly having new business requirements pop up, and most of the bigger software vendors or consultancies out there, they don't turn around things very quickly typically.

So we have clients having real requirements that pop up that are going to add value to their business, and they want those things as soon as they can. So for us we can say ‘Yes, we can do it.’

If it's a data thing that's not a big deal. They ask ‘What format do you need it in?’ And our answer now is ’Whatever is easiest for you. Whatever you have and then we'll take it and we can do whatever you need with that’.

So it's that agility and just being able to react to our customers’ needs quickly that gives us an advantage.

We get a lot of business from people calling us because other people kept telling them no.  And we have the tools to be able to do that.

Being able to be fast and agile is really kind of the cornerstones of what makes us successful.

So what would you say is the main benefit of CloverDX for you?

To me it's the flexibility.

We do a lot in CloverDX and it's not all big heavy lifting data jobs. I mean we're running reports and sending them out via email, or you know, little things.

But things that like we can do and in literally 15 minutes I can wire up a query and then shoot out an email to a customer on an automated schedule. It’s a tiny thing, a little thing you can do it a million different ways in a million different technologies, but it's something that we can throw in CloverDX, and it's quick and easy. And we know it's somewhere that is monitored and in terms of the infrastructure that we run for CloverDX, anything we put there we know we're monitoring it.

What is the biggest lesson that you’ve learned over the years? Is there anything you would have done differently?

One thing is, we tried so long to do things as cheaply as possible, open source - as opposed to spending money on tools. I would have liked to earlier just really evaluated our landscape and said, look, this area is worth spending some money on because of the payoff that we're going to see. Honestly, we probably didn't even realize the payoffs.

I think we probably went too long with kind of trying to do things as inexpensively as possible and saying ‘We can spend more time, we're fine with that, you know we’ll put in longer days, more hours.’ But that takes away from all those other things you could be doing that are also very important. So other parts of the company probably didn't get as much attention as they should.